These are very lucky 4 artists who were selected for Artist in Residence in Kyoto 2015.

They live at the free accommodation we provide in center of Kyoto (near Gion) for 3 weeks (29 March - 18 April, 2015) so they can visit many traditional places and meet master craftsman and artists in and around Kyoto. Also they have to produce their new works which inspired by anything in Kyoto. 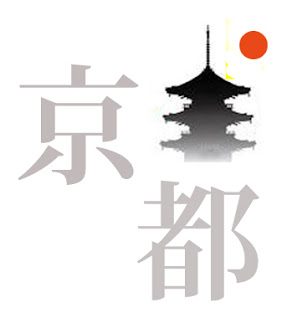 Adriaan Heerden is an award-winning international photographer, specialising in wildlife, travel and landscapes. In his work he attempts to convey something of the thrill of encountering nature in all its wild beauty or experiencing a foreign culture first-hand. Originally from South Africa, Adriaan moved to the UK in 1998 and now has dual nationality. He has never been to Asia and is very excited about this fantastic opportunity to visit the land of Hokusai and Moriyama and the challenge to capture something of the essence of the ancient city of Kyoto.

Brazilian-born artist Claudia De Grandi has lived in the UK for over 25 years and works from her studio located in East Sussex. Graduating from the University of the Arts London in 2009 with a MA Degree inTheory and Practices of Transnational Arts, her body of artwork uses a diversity of media, mainly comprising oil painting, drawing, printmaking and watercolour. Her thesis focused on Japanese influence upon the historiography of Brazilian Modernism and makes the residency in Kyoto a perfect opportunity to experience her interest in Japanese culture.

Johannes von Stumm¹s unique combination of three different materials has attracted public and critical acclaim in a decade of successful exhibitions, both in Britain and abroad. His startlingly original sculpture, which engages continually with risk and a defiance of accepted laws, joins iron, granite and glass to create abstract or reduced figurative works in which apparently conflicting materials exist in complex harmony. He learned how to blow glass in Bavaria in Germany. He carves stone and wood, cuts and welds bronze and steel in his studio in the South of England.

In the last 2 years his work was on show in the UK, Belgium, Germany, Switzerland, India, China, Japan and the US.

Lisa Cirenza has been living and painting in England for over 17 years.  US born, but globally trained in Paris, Tokyo, New York and London; Cirenza is able to capture immediate energies in urban environments previously unattainable with traditional tools, particularly in plane aire urban situations like subways and busses. Her charcoal/acrylic/oil paintings are often composites of the people and environments observed digitally, utilising traditional Old Master’s mediums and methods, with a hint of street art grunge and sumi-e-type line work to catalyse the energy of her subjects. Having previously studied and lived in Tokyo, being awarded a 3 week residency in Kyoto is a dream come true for Cirenza. She looks forward to immersing herself in and being influenced by the plenitude of Japanese art and aesthetics in a city that has been a Japanese cultural centre for over a thousand years..

artist withdrew by health problem) sent us their diaries with

photos while they lived in Kyoto for three weeks. 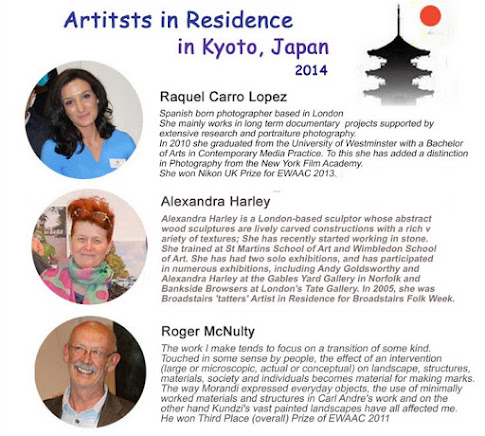