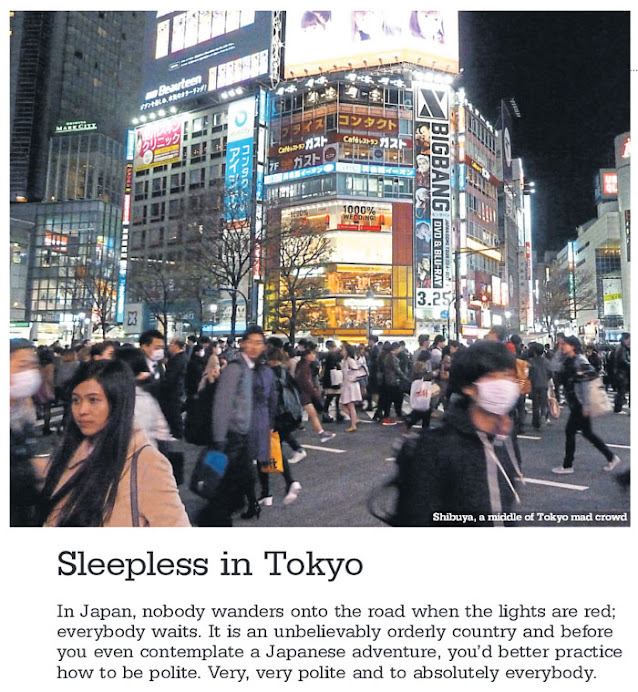 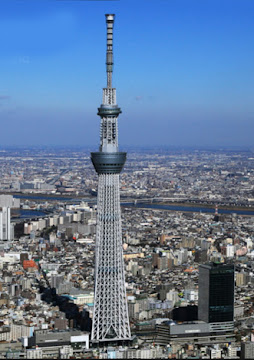 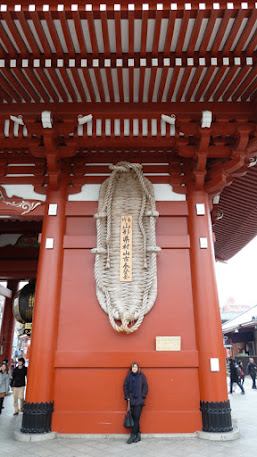 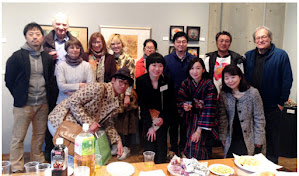 The wailing sirens of police cars with loudspeakers on their roofs wake me up yet again in the middle of the night and I remind myself that I am in Japan. A few hours ago I was in Shibuya, a mad, central Tokyo crowd, trying to cross the road, listening to chirping birds traffic-lights, getting ‘lost in translation’. At first I wondered where the chirping/ singing birds’ sounds were coming from, so I looked up and saw bright yellow butterfly in the air, flickering over the zebra crossing and disappearing into the night in between the skyscrapers. I wondered how did it arrive in this mad city and where could it possibly find shelter. The chirping birds sound started again and everybody rushed like mad across the road. Then the birds stopped chirping and started singing instead, a signal that you can’t cross.

In Japan, nobody wanders onto the road when the lights are red; everybody waits. It is an unbelievably orderly country and before you even contemplate a Japanese adventure, you’d better practice how to be polite. Very, very polite and to absolutely everybody. You bow and say thank you to the lady that serves you coffee and she bows and thanks you back, and you thank her again and she thanks you back. You thank people three times as often as you would do anywhere else in the world and it pays off. Japanese people are incredibly helpful and kind, they go out of their way to accommodate your wishes. In return, just try not to ask for unusual things like a fried egg in a fast food bar with photos of the fixed menu and don’t ask if they can possibly cook it soft, just for you. Instead, follow the rules, point to the photo, pay, press the button, get the ticket, collect your meal and accept that it will not look the same as in the photo you pointed at. Look surprised and you will just get a polite giggle. As a reward, you can be guaranteed that it is fresh, wholesome and you’ll never ever get poisoned by your dinner. Nobody ever eats on the street here either, nor on any form of public transport. There is no visible litter of any description anywhere, and there are no dustbins either. The level of hygiene and service is one of the highest in the world.

Standing at the ticket desk on the ground floor, a polished lady behind the desk points to the small, blank computer screen. ‘Do you accept?’ she smiles and gestures at the grey computer screen. I look surprised, shrug, smile, and buy the tickets. Going up in the fast lift, once we regained our hearing in popped ears, we wondered what we were being asked to accept. But it all became clear when we stepped onto the viewing platform, to see…nothing. A uniform grey. Exactly what we saw on the screen downstairs, grey cotton wool hugging all the window-panes. We were in the clouds. So, no Mount Fuji for me, bad luck indeed. There is a small area up there with a glass floor, where you can ‘walk on air,’ looking down hundreds of metres to the street below, but I gave it a miss. Enough bad luck for one day.

Not far from the Tokyo Skytree, there is the remote and aloof Imperial Palace on a hill, behind the famous double bridge nicknamed, Nijubashi. Japan is rich in tradition and steeped in history, some artifacts in the museums dating from 10,000 BC. Added to that; earthquakes, typhoons, ritual suicides, wars, and being the only country to experience the aftermath of the atomic bomb, you have a highly specific mixture of traditional, historic, ritualistic and old, with the contemporary, modern, and new, in constant juxtaposition with each other.

’s oldest temple, Senso-ji in Asakusa, since its founding in 628 A.D., has been rebuilt countless times, the last reconstruction being after the second World war. Yet somehow, it manages to evoke the old spirit, with a giant incense burner from which the smoke brings ‘good luck’ and two, massive straw sandals of a Buddhist pilgrim hanging on the Hozomon Gate. In the Ryogoku district, you might be lucky enough to spy a sumo wrestler, in the very early morning, coming from his practice in the stable. Sumo, this ancient martial art associated with Shinto rituals is still one of the most popular sports in Japan today. It is a men-only sport and women are not allowed anywhere near the wrestling ring, as this would be seen as a ‘violation of its purity’.

Tokyo was for me a mixture of awesome and peculiar, but fun. Finding my way around the tube system from Shinjuku, where we stayed, contemplating art over matcha tea in Fukiage-no-chaya teahouse in the Zen Rikugi-en Gardens, or trying to figure out what all the colour-coded buttons in the toilet cubicle were meant to do.

The expression ‘jaw- dropping’, proved to be quite an understatement, in my case, since my jaw dropped in Nara and stayed dropped until we left Japanese airspace. Nara, the first imperial capital of Japan has some of the most important temples, shrines and Buddhist art. The Todaiji complex of temples in Nara Park houses the biggest wooden building in the world, Daibutsuden Temple. The present building, dating from 1709 is only two - thirds the size of the original from the 7th century, which burned down and has since been  rebuilt three times. In its great hall stands the gigantic bronze statue of Great Daibutsu Buddha, about 15m tall. The original statue, from 752AD, was even bigger and covered in gold leaf. Nara Park also has its most famous residents, the deer, protected since the 8th century. They wander freely, begging for snacks and yes, bow to children, who then, bow back.

You only have to say, Kyoto, to conjure up in anybody’s mind images of kimonos, cherry blossom, geishas, temples, old streets, and magic round every corner. Before my journey I asked Eiichi a Japanese friend, where would be a good place to stay. ‘Uhmmm…’ he bowed, deep in thought and lost in space. ‘Kyoto is a big, modern city!’ he exclaimed. I wasn’t prepared for such a Kyoto, large, modern and grey, ramshackle in places, with electric cables hanging outside everywhere like the insides of some gigantic spider. Kyoto feels as though some playful god picked up a string of precious, old pearls and scattered them all over the city. A temple here, a shrine there, a Zen garden – an oasis of peace buried amongst the grey, haphazard maze of buildings. Kyoto has over 1,500 Buddhist temples and 200 Shinto shrines, but you have to find them first.

Golden Pavillion Temple, in the northern part of Kyoto, glows an impossible gold against the background of perfect landscape. The original, built in the 14th century by the third Ashikaga shogun was destroyed by arson in 1950. This is an exact replica, covered in gold leaf. In the southern part, there is Sanjusangendo the ‘Hall of Thirty Three Bays’ from the 11th century and rebuilt in the 13th. Its main hall has 1,000 gilded statues of Buddha carved by three 13th century masters. Further south still,  there is the famous Fushimi-Inari Shrine, its endless torii arches meandering in thousands up the hill and down again, like a bright red-orange ribbon. To the south-west of Imperial Park, (Kyoto was the next capital after Nara), in central Kyoto, there is the old district of Gion. This is where the professional geishas entertain their private clients in old teahouses. Gion’s history goes back to the 7th century, the Yasaka Shrine dating from 656AD. Kabuki theatre still exists here. Wandering through the streets of Gion, is what I remember most vividly, that and the last surprise parting from Japan, when sitting on the plane back from Osaka, the sleepy chap next to me suddenly shouted out: ‘Look, look, there! !’ And there it was, the perfect snow-covered peak, dreamily waking up to the sunrise. Sayonara Japan, I miss you already.

I applied for EWAAC's exhibition with Japanese artists in Tokyo and decided to stay a bit longer. I wanted to see Mount Fuji but the only way to do that, in Tokyo, if you don’t want to travel 100 km out of the city, is to go up the Tokyo Skytree, to the 46th floor, which is at 450 metres above ground level. There from the upper platform, looking South East, you have a clear view of the snow-covered peak. It is supposed to bring good luck.

After exiting stay in Tokyo I traveled to Kyoto by bullet train. 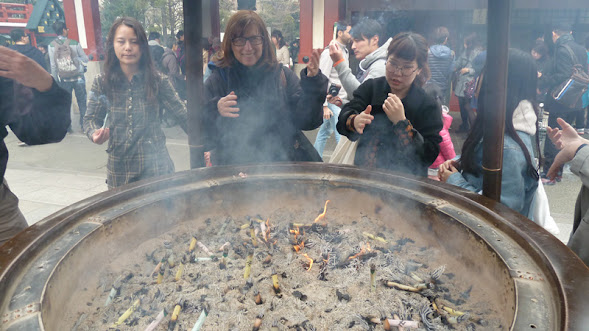 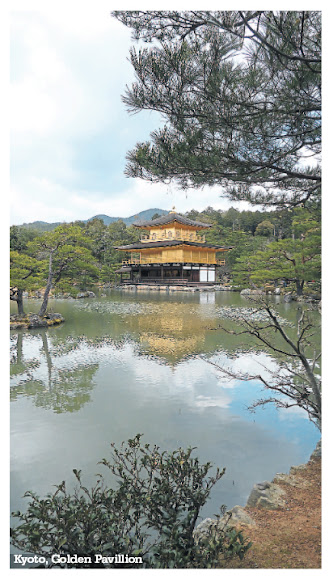 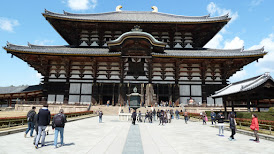 Tokyo big sandal and me

Tokyo Senji Temple with the giant incense burner to smoke oneself for good luck.

building in the world, Daibutsuden Temple

Kyoto feels as though some

playful God picked up a string of precious old pearls and scattered it all over this big city.

If you wish to have same experience as Joanna and explore Japan, please apply as soon as possible. March is one of the busiest months for tourists in Japan and difficult to find any hotels, accommodations.

We can provide three members with one nice house in Tokyo to share for small affordable fees and also we can introduce a cheap and nice home-stay provider in Kyoto.

But you must hurry or lose all accommodations available. 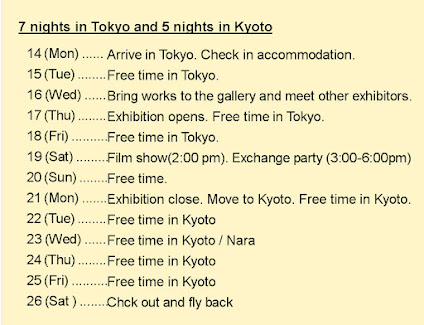